The Keedoozle store in Memphis. Photo by Francis Miller

A worker stocks the grocery chutes in the Keedoozle. Photo by Francis Miller.

Clarence Saunders had already revolutionized grocery shopping once, in a way that defines the modern shopping experience. Back in the way-old days, it used to be that shoppers handed their lists of items to clerks, who then went and fetched the items. Saunders, the founder of the Piggly Wiggly chain in 1916, was the first to let shoppers walk the aisles and fill their carts themselves.

Decades later, Saunders had another idea—one that actually took shoppers back out of the aisle but retained the browsing element. The change here was that the clerks were replaced by technology. He t called his system the Keedoozle. It’s a name which, if pronounced with the proper lilt, explains the idea: “Key does all.”

Spoiler alert: it didn’t work. But Saunders was onto something. Anyone who shops from home, selecting items from a computer screen that magically appear on their doorstep, will understand the impulses that Saunders was trying to address with his Keedoozle.

He tried a couple iterations of it, the most sophisticated coming in Memphis, in 1948. Here’s what it looked like and how it worked: 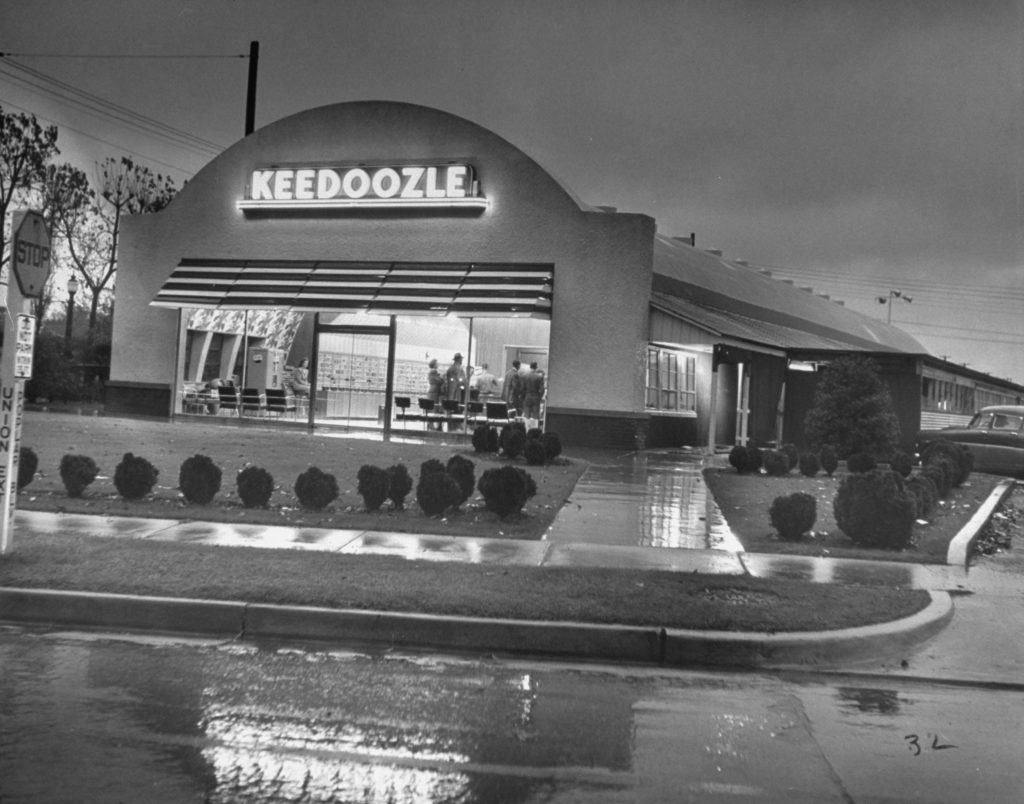 The Keedoozle store in Memphis. Photo by Francis Miller 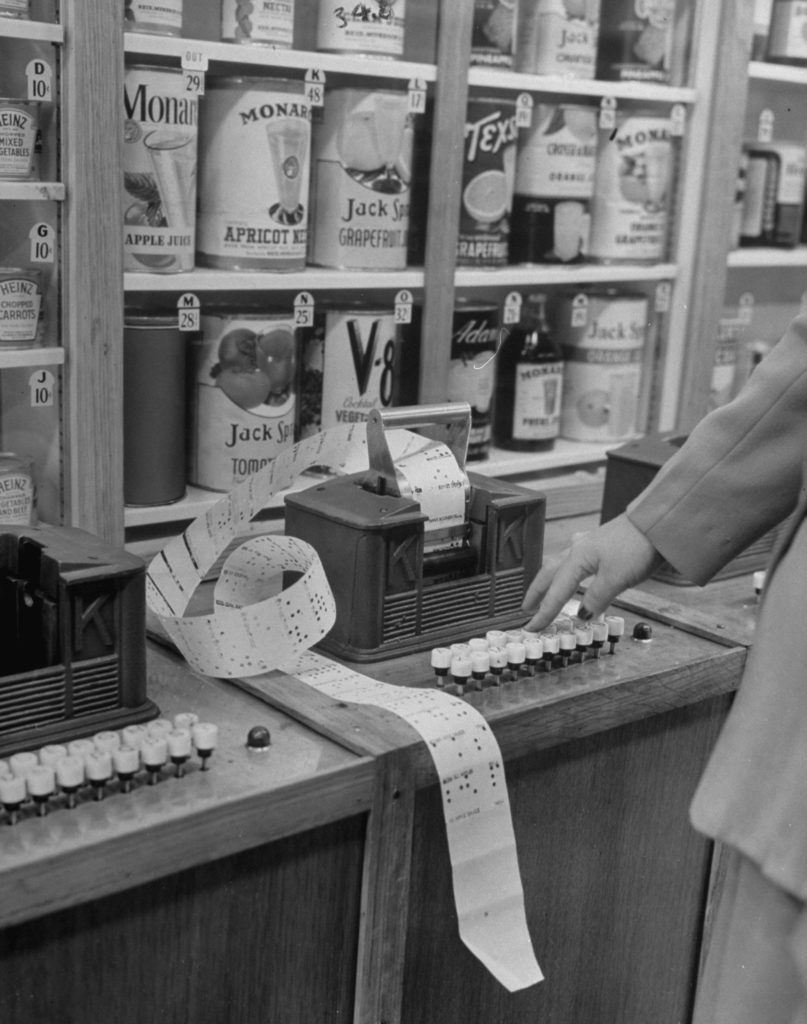 The process began when shoppers punched the “key” for each item into their card. Photo by Francis Miller 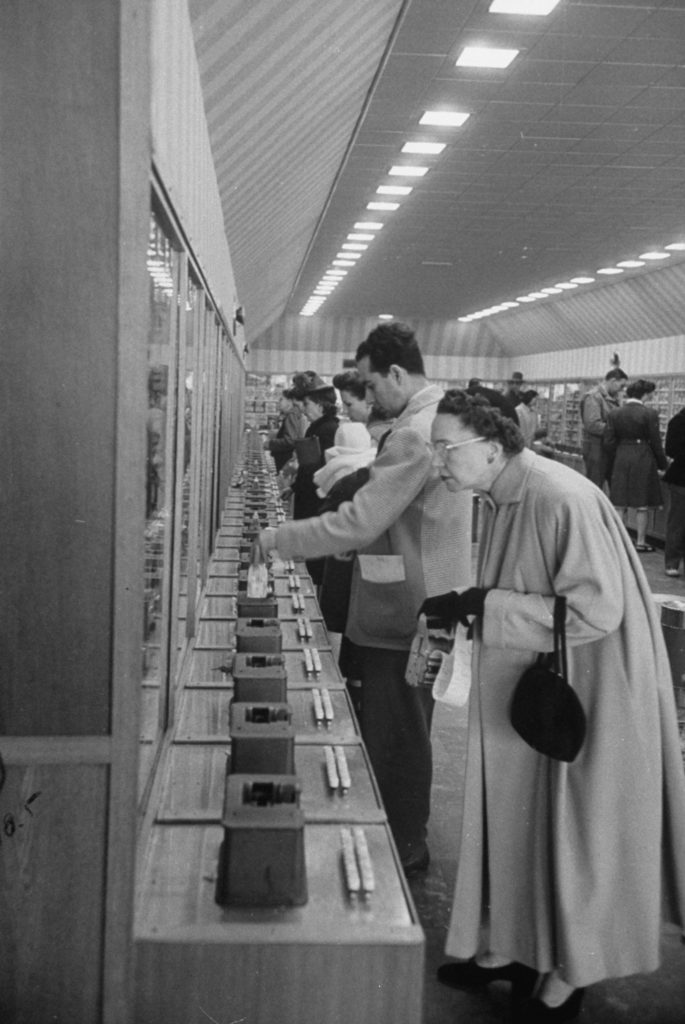 A shopper, key card in hand, searches for her items. Photo by Francis Miller. 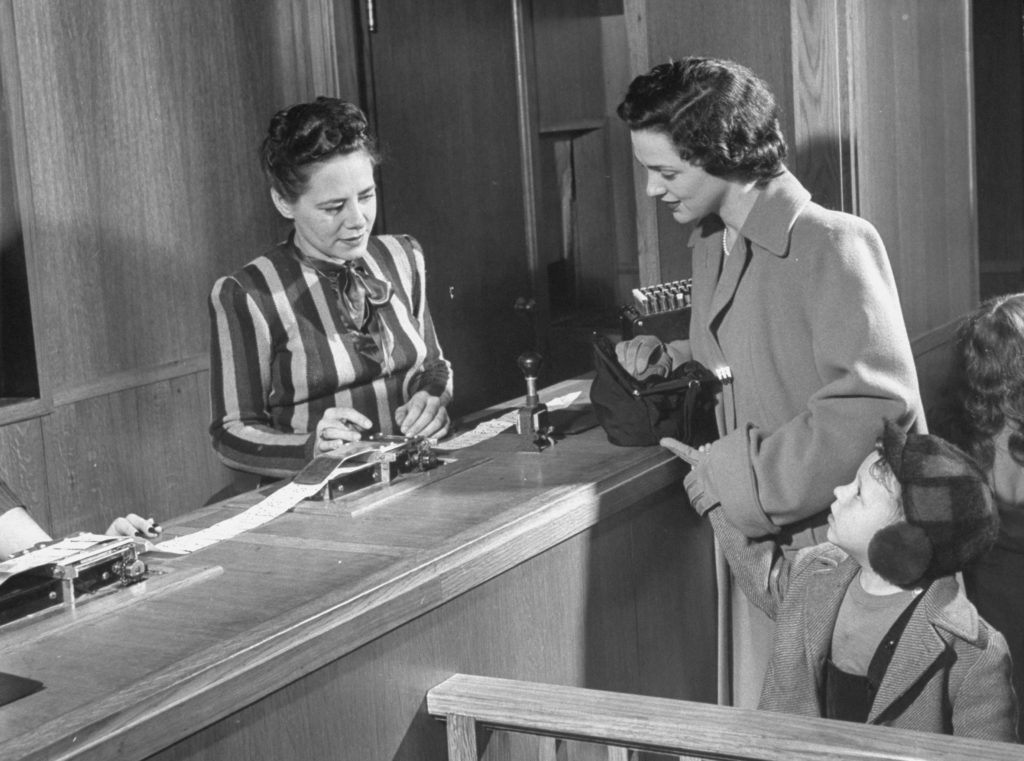 The shopper gives a punched-out card to the cashier, which totals the prices and triggers machinery behind the scenes. Photo by Francis Miller. 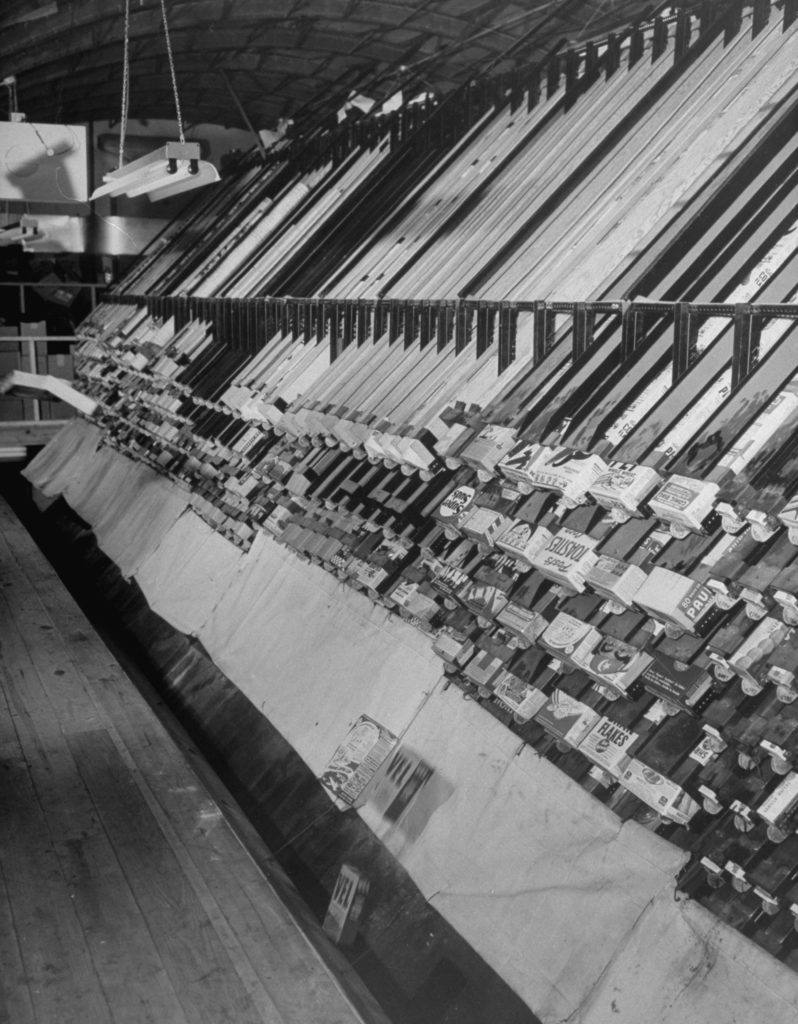 The groceries would then drop onto a conveyor belt, to be bagged and taken up front. Photo by Francis Miller.

The problem with the Keedoozle was that its simplifications were too much for the technology. It could handle one or two shoppers at a time without a problem. But when the rush hour hit, Keedoozle became overwhelmed. Too many orders led to mistakes or, worse, the gears grinding to a halt. The Keedoozle repairman was all too busy. The premise had merit, but the technology wasn’t there yet, by a long shot. This store, which opened in 1948, closed in ’49. Saunders died in 1953. 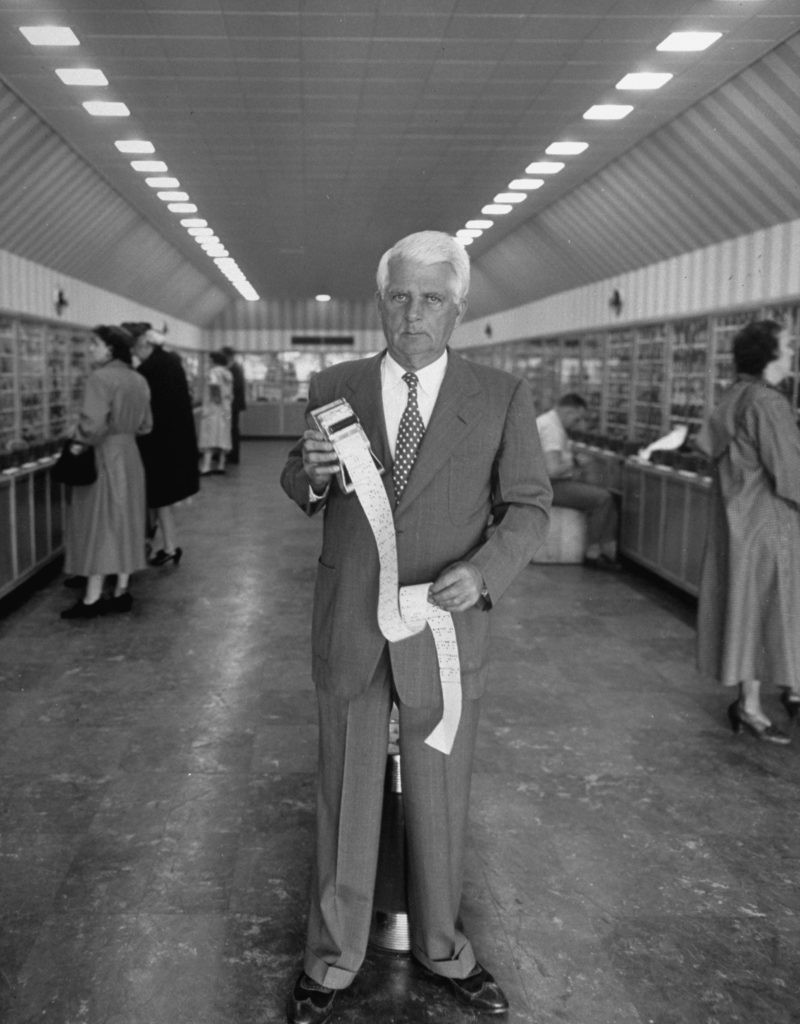 George Saunders, the man behind the Piggly Wiggly, believed this key card could revolutionize shopping again. Photo by Francis Miller.