The day began, as it did in 1776, with a boat ride across the Delaware River. Photo by Bernard Hoffman.

Fraternity initiations call to mind many images, likely none of them involving historical re-enactments that are elaborate, well-costumed, family friendly and even a tad educational. But in 1947 the pledges of Phi Signa Mu at Rider College in Trenton, N.J., re-enacted a defining piece of local history, George Washington crossing the Delaware River.  The role of George Washington was played by George Chafey, a U.S. Army veteran. Chafey didn’t like horses, so that is why he leads his troops on a bicycle in the photo above.

The stunt did have its Animal House touches—the reenactment included drunken Hessians, and the showdown culminated in a massive pillow fight.  But while Washington’s original crossing helped change the course of world history, the efforts of these Rider students didn’t rewrite fraternity culture. If modern-day pledges traverse a river, it is a metaphorical river of liquor. But the re-enactment, documented by LIFE photographer Bernard Hoffman, did have one lasting echo: Five years later locals began staging their own re-enactments of Washington’s Crossing, in what has become an annual event. 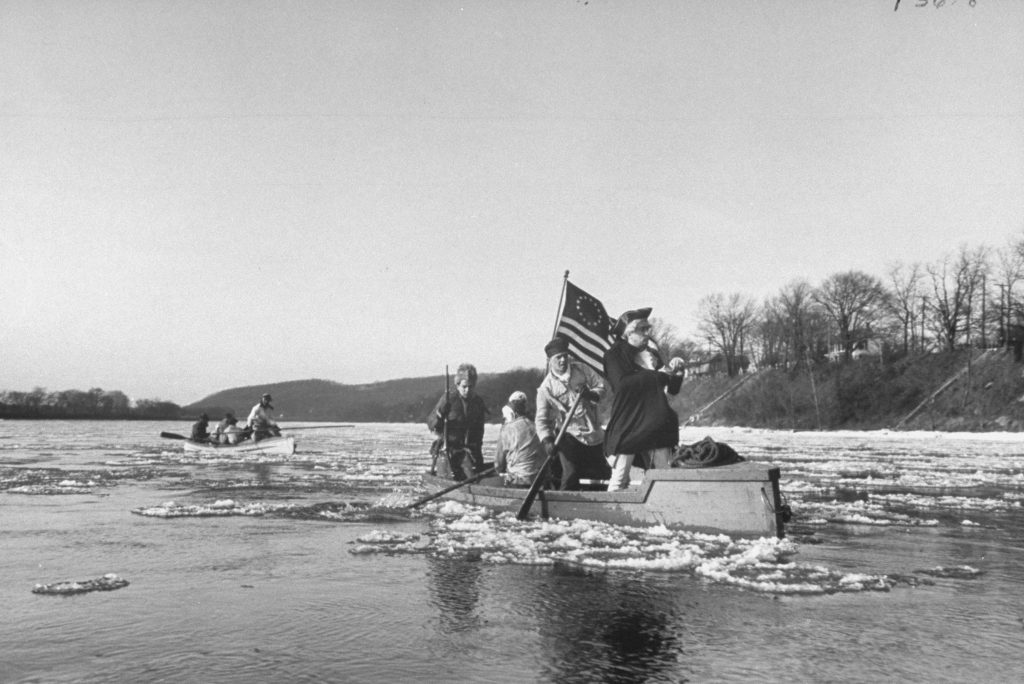 The day began, as it did in 1776, with a boat ride across the Delaware River. Photo by Bernard Hoffman. 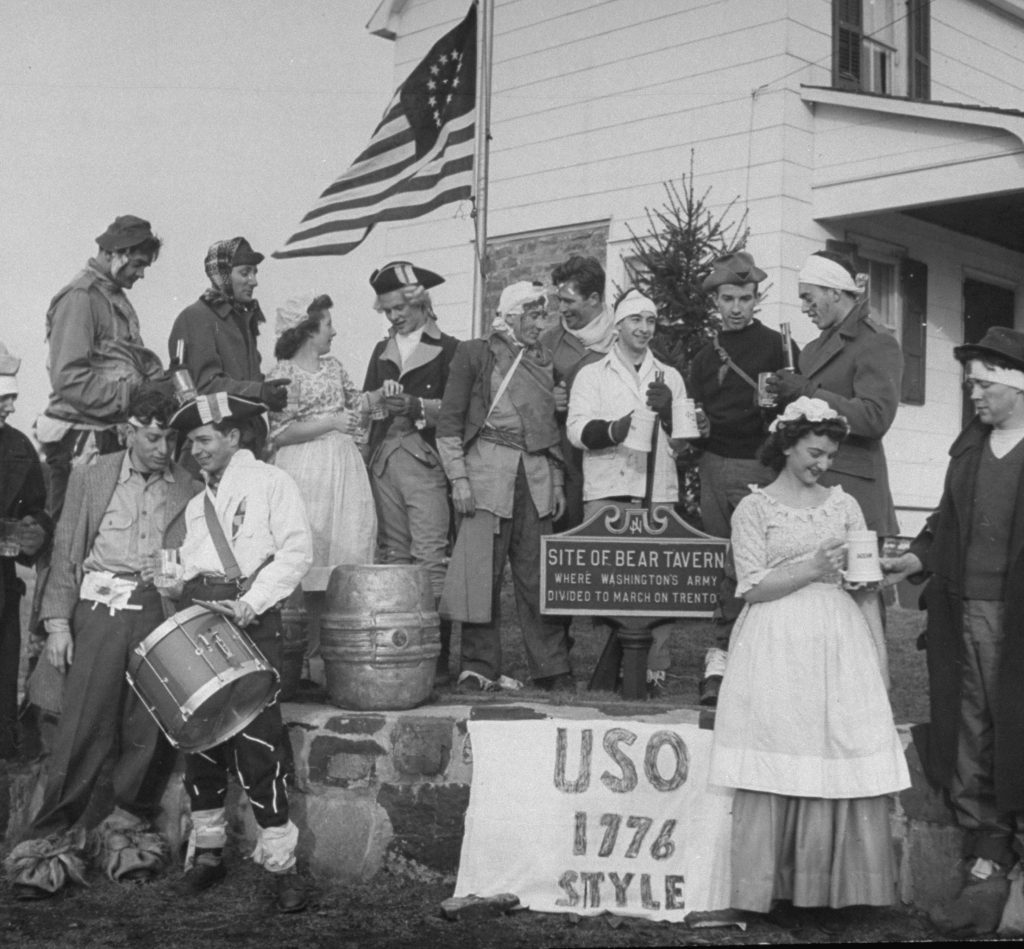 The re-enactment did have some conventional fraternity trappings, and Washington’s soldiers were able to stop off for a beer after reaching the Trenton side. Photo by Bernard Hoffman. 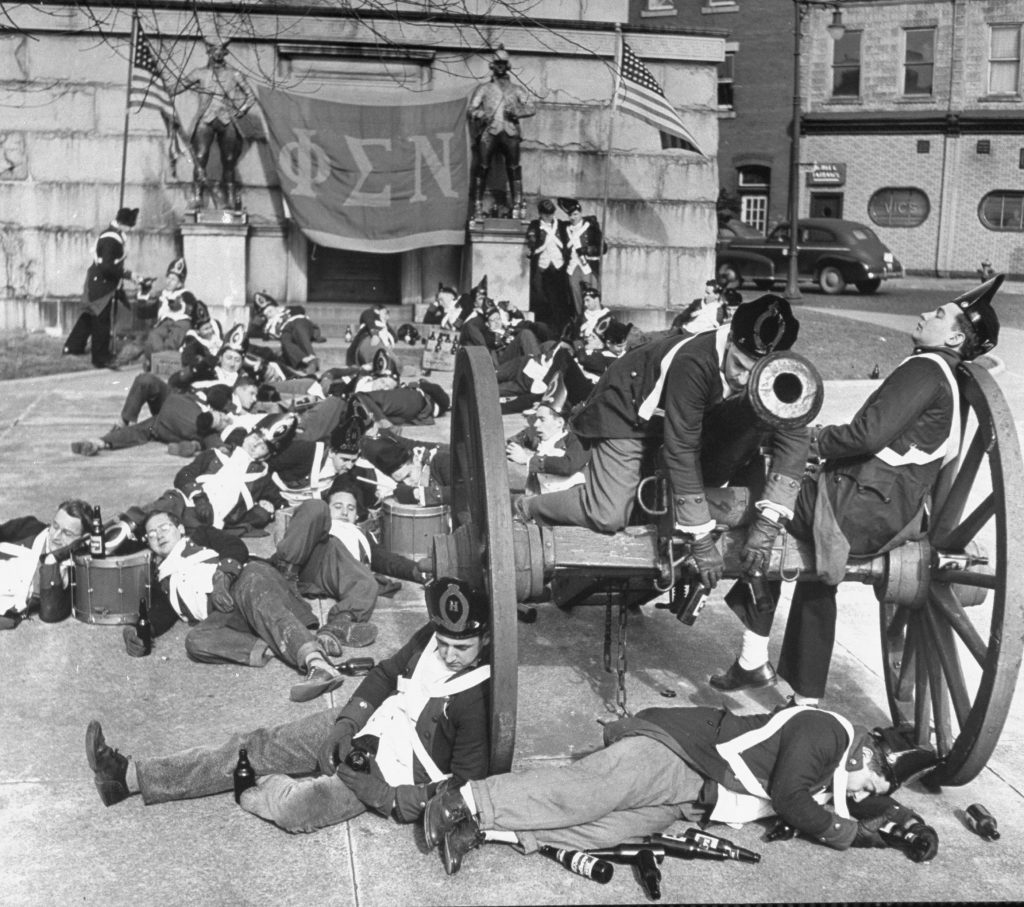 As happened back in 1776, the Hessians fighting in the service of King George were once again caught inebriated and napping. Photo by Bernard Hoffman. 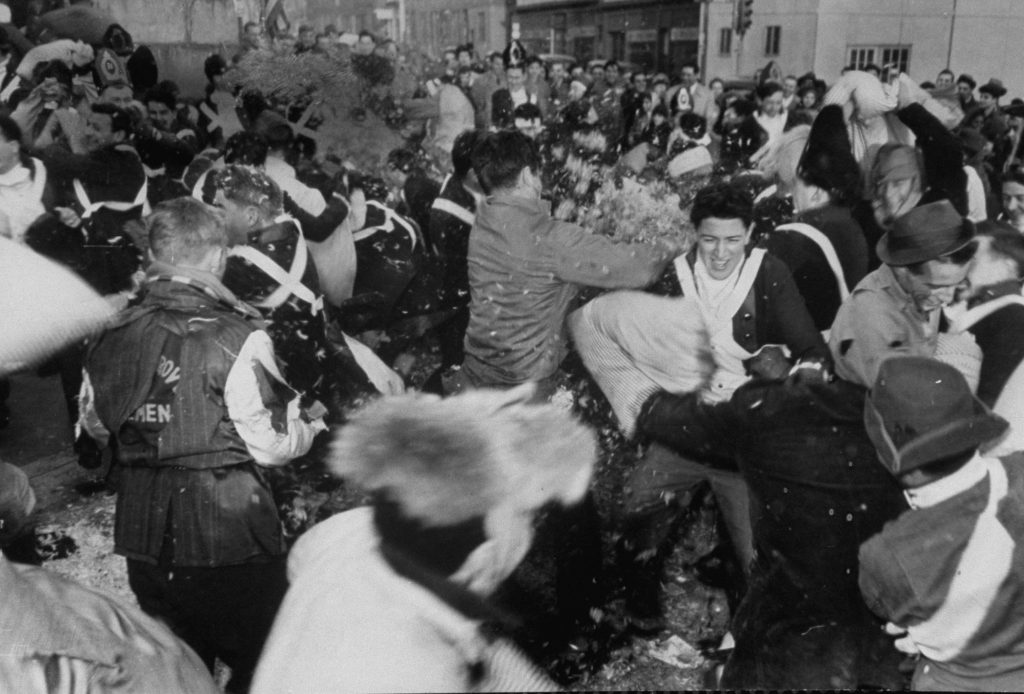 The frat version of the battle was fought with fruits and vegetable, and it concluded with a massive pillow fight. Photo by Bernard Hoffman. 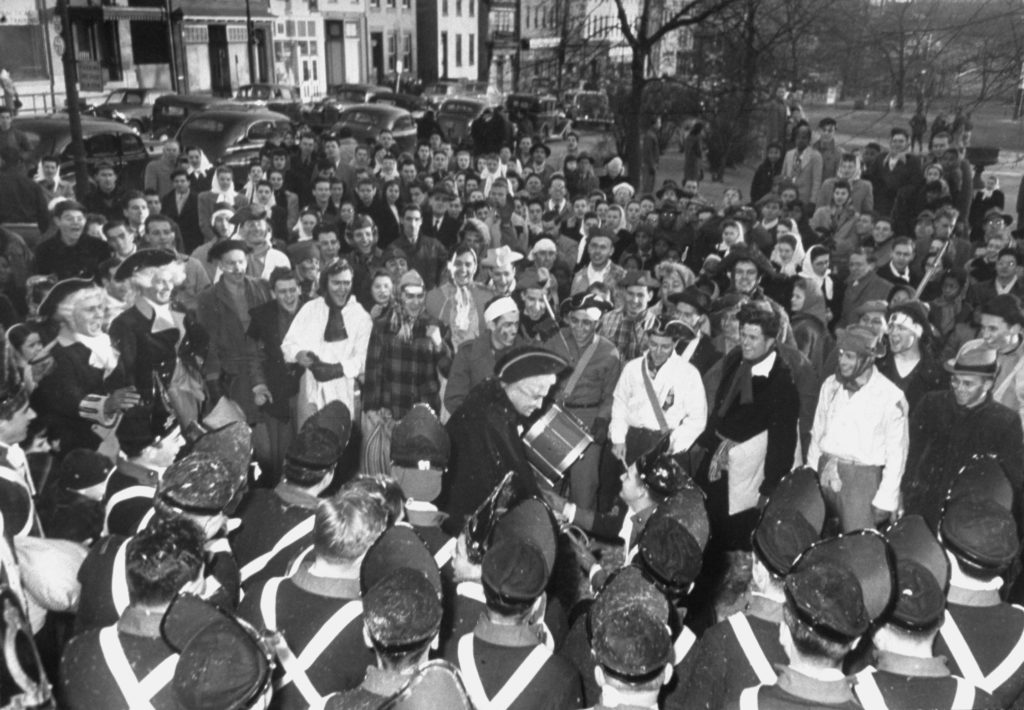 When the feathers from the pillowfight stopped flying, surrender was gracefully accepted. Photo by Bernard Hoffman.