Robert Capa Reveals an Ugly Side of Liberation in WWII France

The 1944 liberation of occupied France during World War II endures in our collective memory as a clash of mighty armies — a visual rhetoric that distills the horrors of the occupation, the struggle for freedom and the jubilation of the liberation itself.

The photographer Robert Capa was, famously, in the midst of the conflict, embodying his personal motto that “if your pictures aren’t good enough, you’re not close enough” as he landed with Allied troops on D-Day. His resulting “slightly out of focus” pictures from Operation Overlord are among WWII’s most memorable.

But Capa didn’t reserve his talents for combat, and often sought aspects of war that others missed. In August 1944, not long before the Allies entered Paris, Capa was in the town of Chartres when he came upon a scene that was to play out across much of liberated France: a woman who had engaged in collaboration horizontale — collaboration with, and in this case having sex with, occupying troops — her head forcibly shaved, carrying the child she had with a German, followed by a throng of taunting townspeople. Tens of thousands of women, many of whom were merely accused of collaboration, suffered similar fates after liberation: some were killed; a good number were beaten; all were humiliated.

With this and other, similar photographs, Capa captured the ugly energy lurking in a populace wound tight under the pressure of occupation, casting about for blame in the aftermath of their own subjugation. The picture is a visceral reminder of an old, grim truth: injustice begets injustice.

Hailing from Colombia, undergraduate Felipe De La Hoz studies journalism at NYU, where he reports and edits for the Washington Square News. See his photography here and follow him @FelipeDLH. 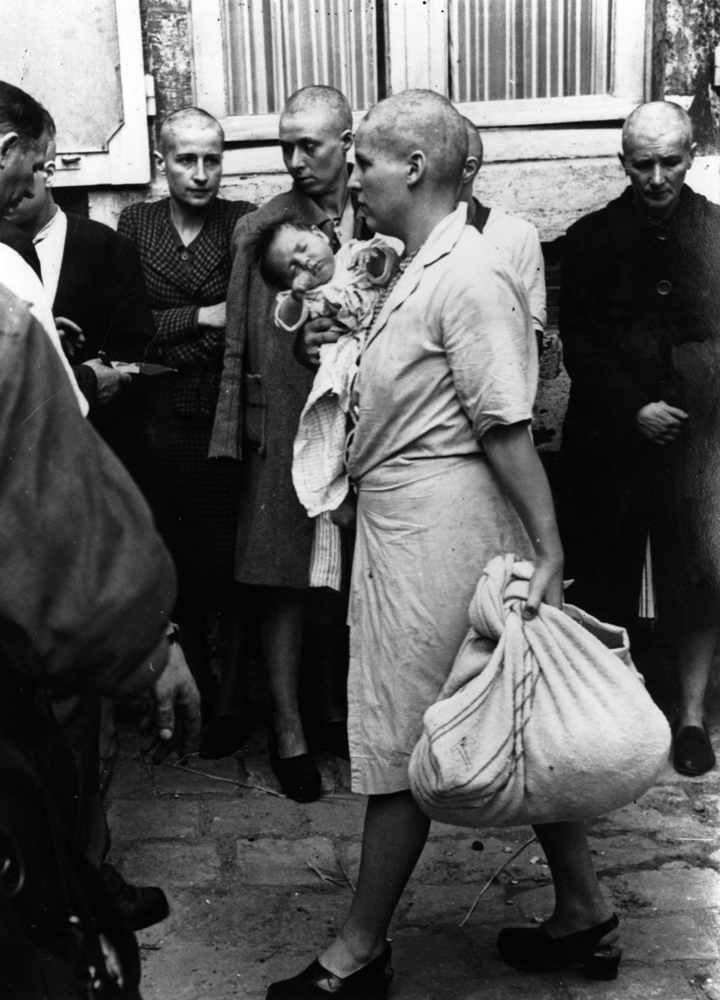