The first women who came to Princeton 50 years ago this fall applied without knowing for sure if they were eligible to be admitted. On January 11, 1969, the trustees had voted 24-8 in favor of co-education, but it wasn’t until April that they decided to begin that fall. Princeton had been losing men to co-ed colleges, and Yale had changed its admissions policy that year, so the Tigers were prompted to open their gates, but the change wasn’t welcomed by everyone. An opposition group called Concerned Alumni of Princeton pushed to make sure that adding women didn’t mean fewer slots for men, so that first class included 101 women and 820 men in the freshman class. LIFE covered the arrival of women on campus in 1969, and the magazine story included a waggish question about whether Princeton would now have to change the lyrics of the school song, which began, “In Praise of Old Nassau, my boys.”  (It did, much later, when “my boys” was changed to “we sing” in 1987). The decision to admit women has certainly added to the glory of Princeton’s history, as some of their most prominent alumni of recent years are female. Their ranks include Supreme Court justices Elena Kagan and Sonia Sotomayor, former first lady Michelle Obama, Queen Noor of Jordan, and many others who, like the members of that first class, made their mark in the world. 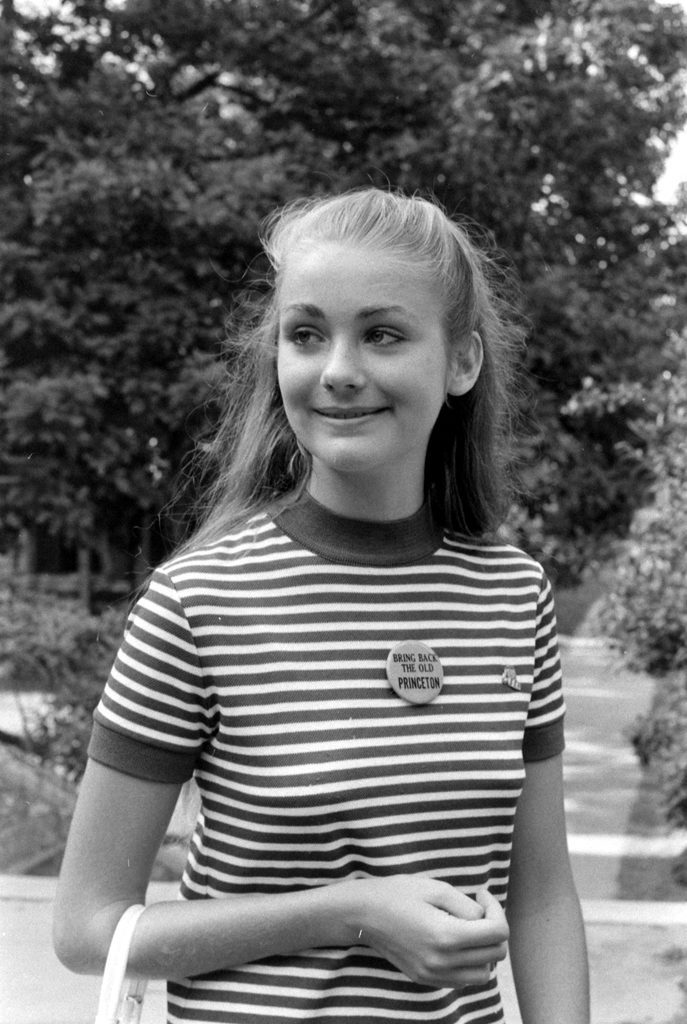 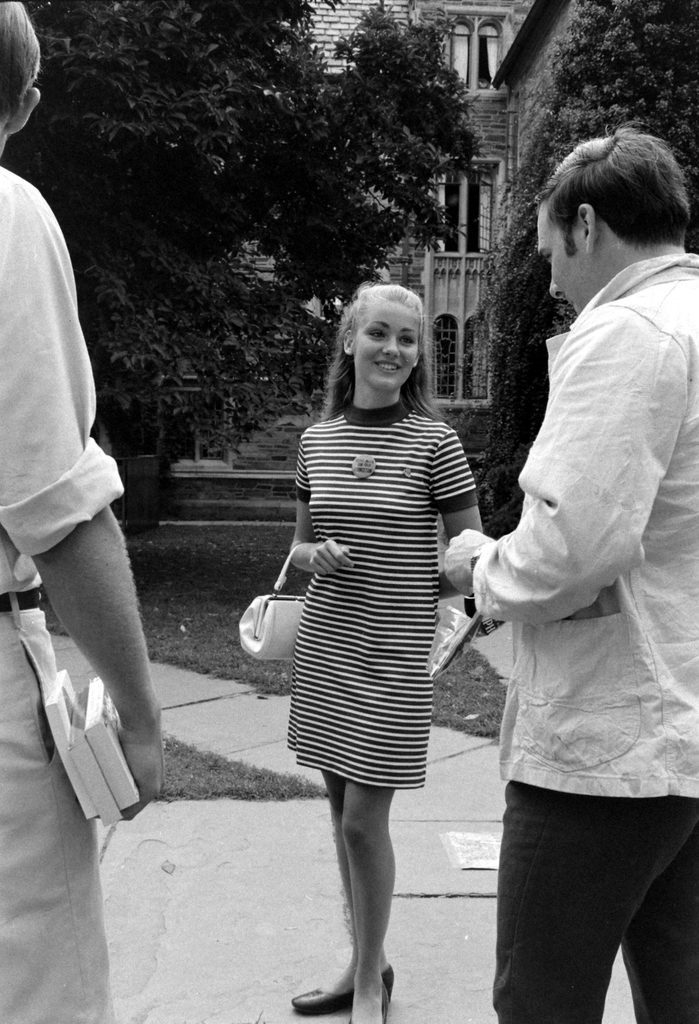 In 1969 freshman June Fletcher wore with irony a protest button that had been distributed by unhappy alumni asking to “Bring Back the Old Princeton.” Fletcher, who had been named “Miss Bikini USA” in high school, went on to become a writer with the Wall Street Journal. 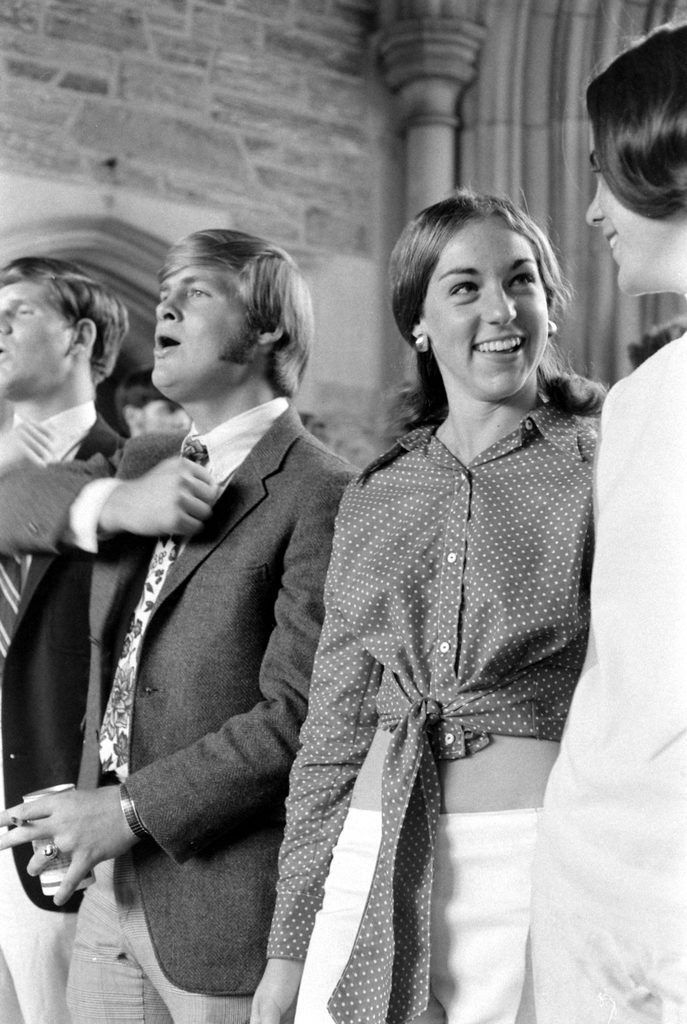 Beth Rom of Long Island, knew on arrival that she wanted to go into psychology. “One of the professors said to me, “You know, you’re going to have to be a lot better than any of the guys if you want to get into a graduate school,’. I just took it as `Okay, I will then.'” Rom (now Rom-Rymer) is currently a clinical and forensic psychologist in Chicago, on the board of directors of the American Psychological Association, and also the co-founder of a shelter that has been helping abused women since 1978. “Most of us felt very good about being pioneers, doing something exciting, opening up the campus to women.” That year, when a woman joined the student paper or joined the tennis team or did pretty much anything, it broke a barrier: “Everything was a first.” 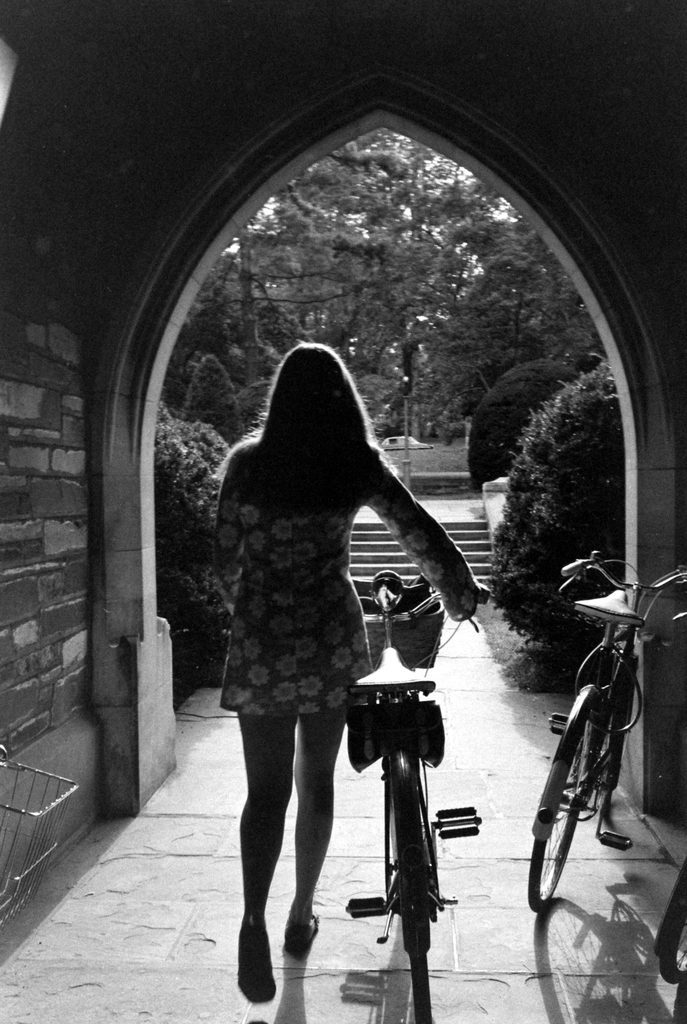 Kathleen Molony, here wheeling her bicycle below one the Princeton campus’ many gothic archways, in 1977 became the first Princeton alumna to teach at the school. She now directs the Fellows program at Harvard University. 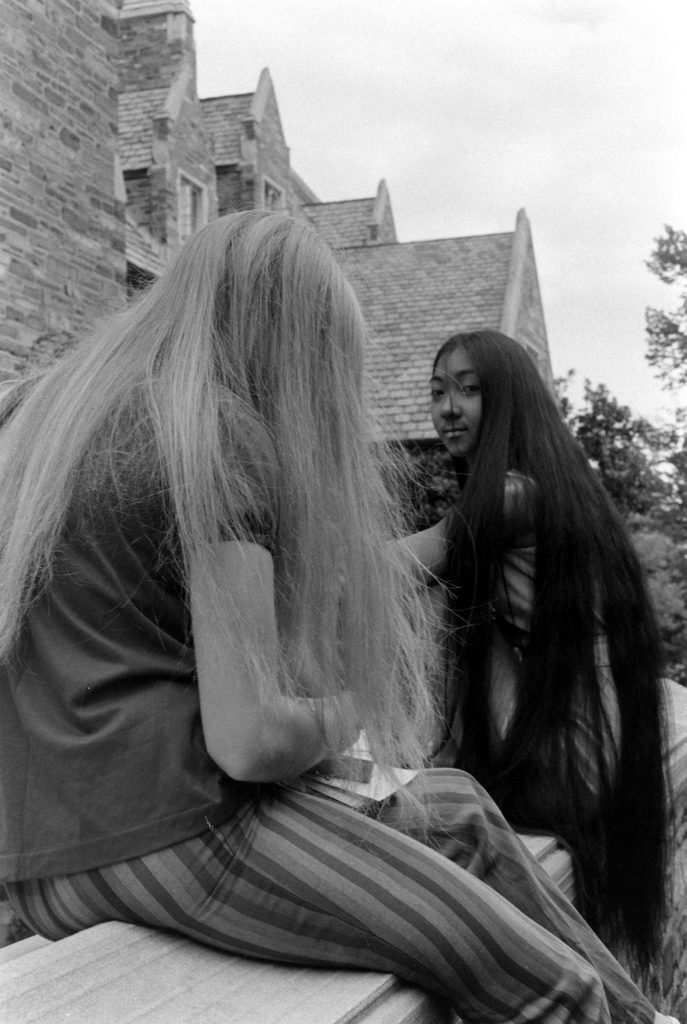 The female freshmen were housed together in Pyne Hall, outside of which these students sat. The woman to the left, Marcia Boraas became a surgeon and breast cancer specialist, and Elaine Chan, at right, became an attorney and had a long and impressive career that included stints at the National Oceanic and Atmospheric Administration, the Nuclear Regulatory Commission and FEMA.

Chan says that as a member of Princeton’s first female class, she felt pressure to succeed, and in the process learned to speak up and assert herself. That was important as anything she learned in class, she says. For example when, working for FEMA, she advocated the radical solution of moving an entire town of Valmeyer, Illinois from a flood plain to a bluff after a massive flood in 1993. “Princeton taught me to not be shy about raising your hand and speaking up,” she says.

As a student, Chan worked a variety of jobs at Princeton, from modeling to cleaning out the bio-lab habitats of the Mexican axolotl. As a freshman her hair reached nearly to her knees, but she cut it her sophomore year, after her father passed away. Her father, who sold and repaired televisions in Miami and also ran fishing charters on the weekends, was the primary breadwinner, and while Chan wasn’t thinking it at the time, she now says that she cut her hair because it was time to be a more serious person.

Chan is now retired and living on an island about an hour north of Seattle, Washington, where she teaches marine biology to children as a volunteer. When her mother passed away about four years ago, Chan signed over her inheritance to Princeton, with one caveat. Back in ’69 Chan was one of only three women of Asian heritage in her class, which contributed to a sense of isolation. She asked that her donation be used as the seed money for a program in Asian-American studies, and the Princeton now offers a certificate in that field. Long gone from campus, she is still a pioneering there.