This four-person bicycle was created by Art Rothschild, who bravely took the top position on the bicycle in this photo. He reportedly broke three ribs learning to ride it. Photo by George Skadding.

In 2010 Facebook founder Mark Zuckerberg, commenting on the movie about his company, The Social Network, criticized the screenwriters for giving him motivations that he found false and, even worse, hokey. The movie suggested that he invented Facebook because of a fictional ex-girlfriend he wanted to impress and a club he couldn’t get into: “They just can’t wrap their head around the idea that someone might build something because they like building things.” No such confusion exists about the Chicago bicycle repairmen whose inventions were featured in a 1948 issue of LIFE. They unmistakably liked to build things.

The tandem bicycle above, called “The Gangbuster,” featured 13 shotguns, six revolvers, two bayonets and a flare gun. With the gift of hindsight, we can say that neither the Gangbuster of any of these others designs revolutionized the field of bicycle building. This would not have been a surprise to people in 1948, either. But the bikes, which were paraded during a gathering of the Chicago chapter of the National Bicycle Dealers Association, are fascinating in their peculiar ingenuity. 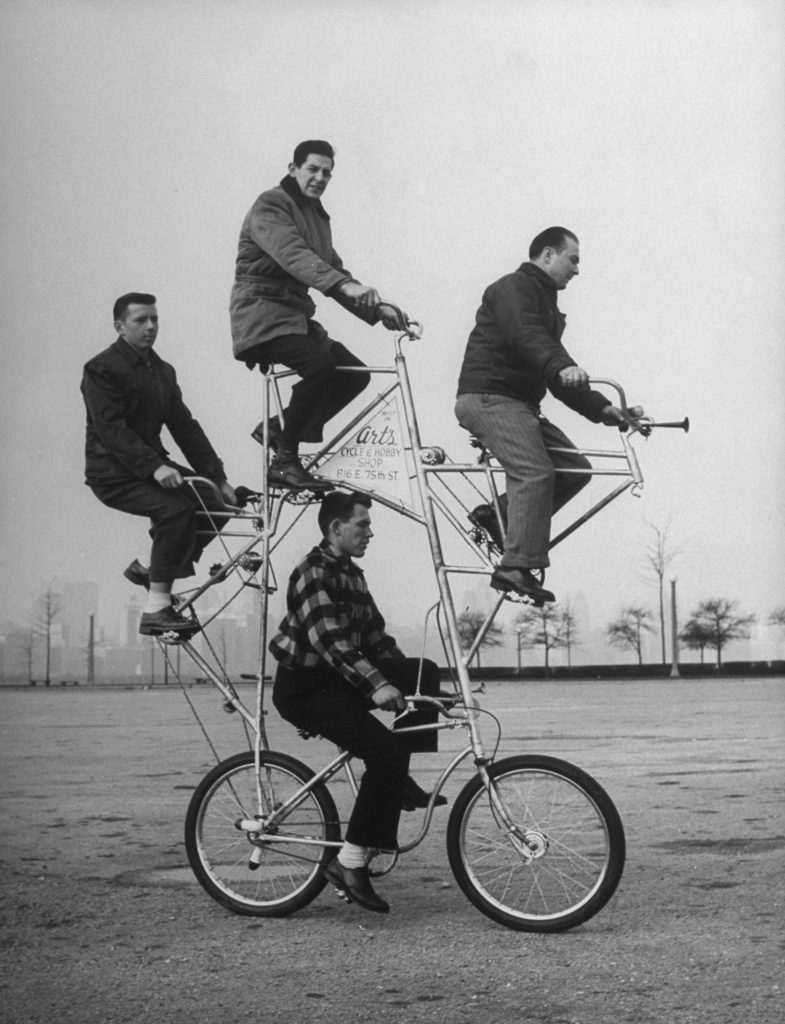 This four-person bicycle was created by Art Rothschild, who bravely took the top position on the bicycle in this photo. He reportedly broke three ribs learning to ride it. Photo by George Skadding. 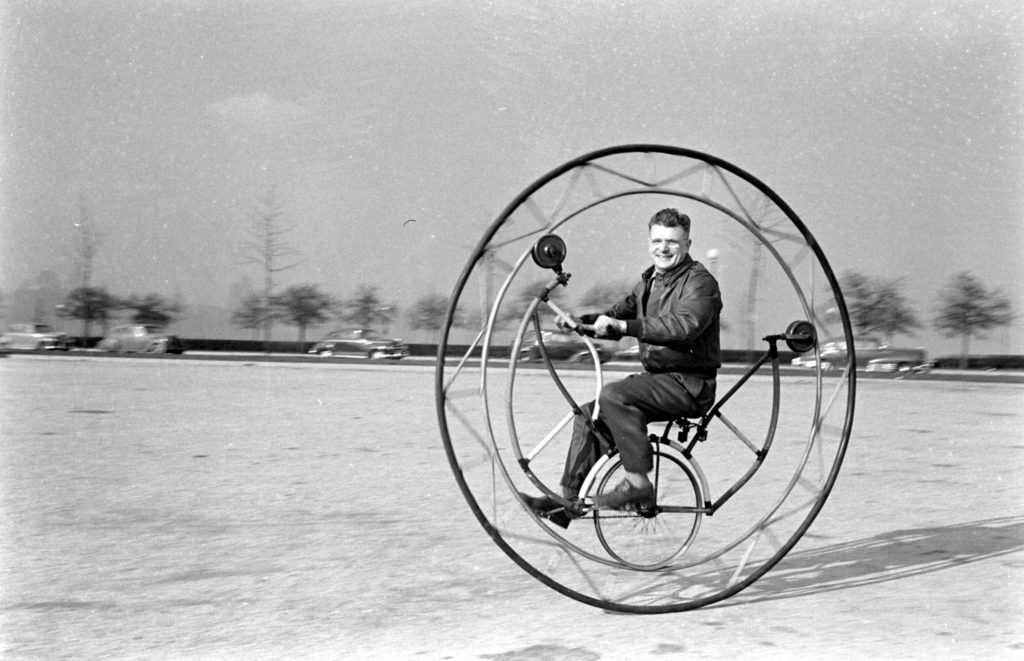 The reported issue with the Uno-Wheel is that if the rider braked suddenly, he would spin in the inner circle. Still, it looked cool. Photo by George Skadding. 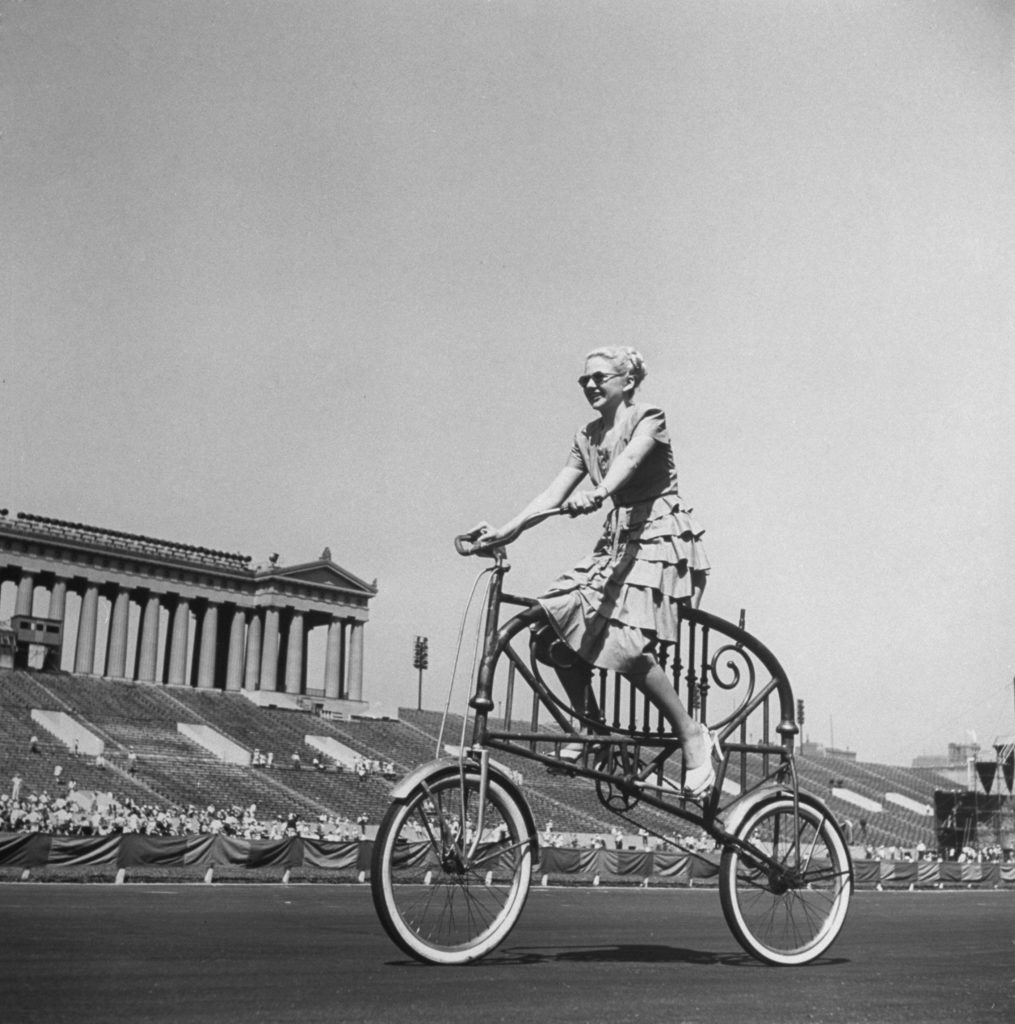 This bedstand bike set up its share of one-liners. It “was dreamed up by Joe Steinlauf, who got the idea while lying around in bed one morning,” said the original LIFE story. Photo by George Skadding. 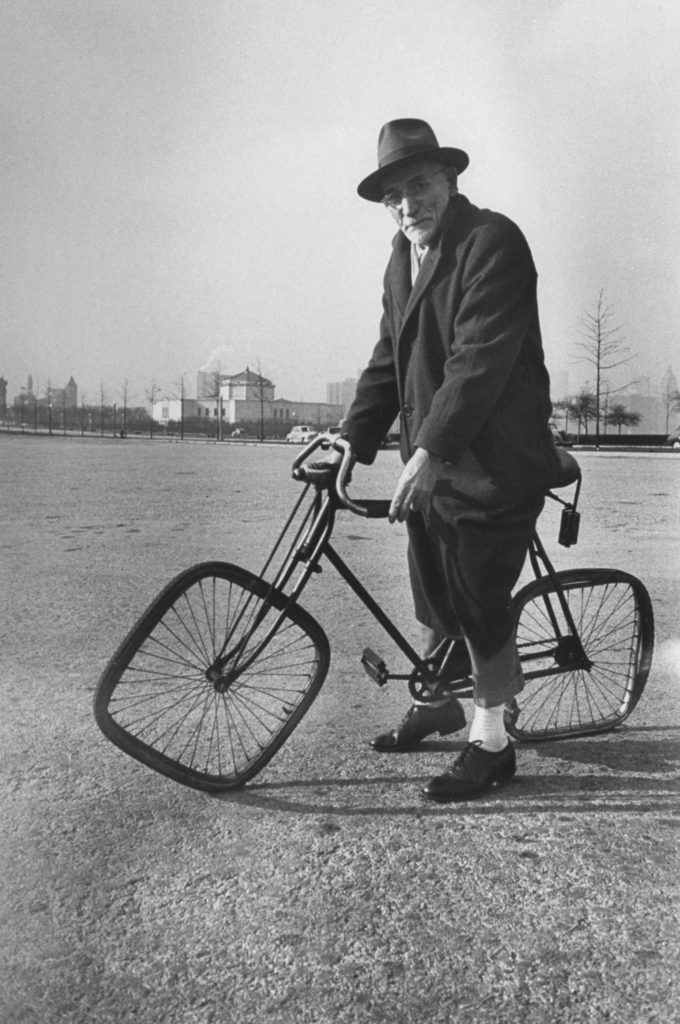 Perhaps this is what they mean when they say that you don’t need to reinvent the wheel. Photo by George Skadding.